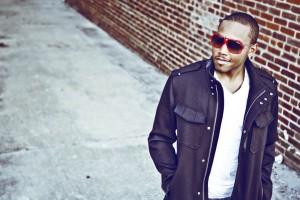 J. Dash is a piano prodigy who performed his first concert at age 5. By the time he was 8 years old, this classically trained pianist loved to play Mozart for his family and friends. Throughout his teens, however, he cut his teeth playing in various blues and jazz bands. A rapper, songwriter, producer, mixer, & multi-instrumentalist, this Renaissance man also holds a degree in computer science from the University of Florida.

How did you get the name J-Dash?

The name was given to me by another producer/artist because when I was 14, before I knew anything about music, he brought me into his studio as a fly on the wall. He left for a minute and I asked if I could play around with the equipment, then ended up making four beats in a ridiculously short time so he started calling me J. Dash.

When did you start getting into music?

I was always into it but around 14 I realized I could do it as a profession.

As you were growing up, were there any artists/albums that inspired you?

I was actually reading a tabloid when I came up with the name. The concept came from how you can get drawn into tabloids just by the cover, the surface. In the same way, my first single WOP was a dance record but didn’t have as much depth and I wanted to make sure that people knew there was more to me. We have hot stuff in here that will attract you but there’s also some meat, not just the dessert.

Your album is a collection of different styles both lyrically and musically. What is the concept of your album?

A journey through life in musical form.

What is your favorite song on your album?

Your single “WOP” has garnered millions of hits on youtube and this is not even including your how to video for the dance which also has millions of views. How did the song and dance come together?

Actually the WOP was a dance before it was a song or the thought of even being a song. My friends and I used to do it in the club and after a while my friend told me I had to make a song that went with the dance. Next thing I knew we had a hit!

How did you feel about getting those views and all of the videos that followed with people doing different versions of the dance?

The video responses actually preceded my official music video. The original video was my dancers and that’s what started up the responses. The viral nature of the song/dance is what really propelled it so it feels great that people really caught on to the true, fun concept of the dance!

Something we do not hear often from artists who dabble in hip hop is education yet you went to college. Can you talk a little about what college in regard to your major and what it has done for you as a person and artist?

Honestly college, if nothing else, gave me time to mature. My degree is in computer science and people wonder how that helps me but I was in an engineering school where you learn how stuff works so I developed a passion for how things work. When I first entered the music business I wanted to know how EVERYTHING worked and that’s how I approach everything these days. In college I learned how to learn and developed myself. It was so easy to grow and learn, so I doubt I’d be the artist I am today had I not gone to school.

I know your album just recently dropped this year, but what do you hope is next for you?

More success! My success thus far just motivates me to reach a higher and higher level. I want more people to hear my music and I’m excited about visiting new and different places. I’m always striving to do something better and bigger.

Are there any artists out there today that you’d hope to collab with in the future?

I want to thank you for your time, is there anything you want to shout out to your fans, supporters, and the readers who will be introduced to you through this interview?

One of the biggest hip hop albums of the year is coming out April 3. Nicki Minaj’s anticipated Pink Friday: Roman Reloaded album will feature guest spots from Lil Wayne, Drake, and Rick Ross just to name a few. Here are the confirmed tracks for the album: 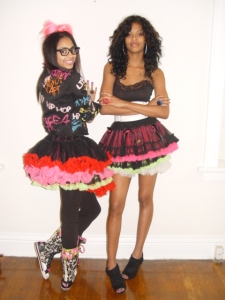 Introduce yourselves a bit

Hello thank’s for interviewing us we are the kandigirlz from st.louis a young Hiphop rap group

How many of you are in the group and what are your ages?

its only 2 girls in the group dollface16 and sade 15

When did you girls decide that you wanted to pursue music?

Who were some of your favorite artists growing up?

What inspires you girls to sit down and make music?

our life and watching. Other stars like beyonce music is a wonderful thing and we want to be apart of it

Have you girls ever been on stage or worked with any big time artists out there?

Wow! How did the audition go? What did you perform for them?

We are working on our 2nd Mixtape “Kandi Treat”

What producers do you work with?

What artists currently would you like to work with?

We would like to work with everyone from @elvisfReShley @MrAngel_day26 Lil Wayne, Drake, Beyonce

What’s the ultimate goal for you girls?

to be icons in the music industry

Who do you all seek out for advice if you need any?

Ah yes the Griffin Family! What would you like to say to your fans who are tuning in or will read on Blended Entertainment?

keep your heads up and stay true fans

Thanks for taking the time to do this #twitterview. Wish you girls best of luck. The stage is yours.

and Thanks 4 having us

Earlier today I had the privilege of doing a Twitterview with the artist, Short Dawg. I may possibly be bringing you guys a ton of Twitterviews over the next week or so. They aren’t as in depth as my typical interviews but check them out on Twitter when you can.

What will Elvis freshley bring to the table that you as an artist have not done already?

I feel like the elvis freshley project is full of bigger mainstream songs.. I expanded my focus from just rapping to makin music

It was rude of me to not start with the fact that your birthday recently passed. Happy BDay!. Did you do anything special?

its all good. Preciate ya! I just kicked it with my homeboys I grew up with. Had fun tho

Great to hear! What inspires you to record a track?

Who has given you the most useful advice in regards to pursuing a music career?

You’ve released quite a few mixtapes which I encourage everyone to download. Do you have a personal favorite? if so why?

You recently put your own touch on “The Motto”, How does it feel to be a young money artist? any pressure?

no pressure just keeps me motivated to work hard

What are you doing when you aren’t recording?

What do you think of this current miniature feud between Drake and Common?

If you could work with any artist right now, who would it be?

Cee-lo is a great choice. Where do you see yourself 5 years from now?

on top of the billboard charts

What new projects are you hoping to work on in the near future?

3 adjectives that best describe you as an artist?

Lil Wayne’s latest video is getting a ton of buzz for the message that it delivers. This has to be one of the more unique and powerful messages that he has ever shown throughout any of his videos ever. Take a look!

What are your thoughts on the video?

I had the pleasure of interviewing young Hip Hop recording artist, Lil Niqo who indeed has a promising future ahead of him. Blended Entertainment would like to welcome this young prodigy from San Diego to the family.

How old were you when you first started to rap?

7 years old but I started walking around with my Rap Notebook at 4 but I couldn’t write. Mom thought I was crazy!

How does it feel to be so young yet already signed to Def Jam?

It’s like I’m living a dream. I’m the youngest artist on this legendary label, sometimes I still can’t believe it.

Who are some of your influences or favorite Hip Hop artists?

Can you describe your style of rap?

What is the best part about being a young hip hop artist?

I get to give us kids something hott but also positive. I got the chance to make a difference and I’m gonna do just that. #BOW

What do you like to do for fun when you are not performing?

What are some of your dreams for your future?

To win a Grammy, have my own tv show and launch a few products, can’t speak on it right now but my dreams are limitless. I’d also luv to play ball at USC

Are there any artists out there that you would hope like to work with in the future?

Do you have any advice to all the young artists who want to make it big?

Follow your dreams, trust yourself, study and perfect your craft and keep them grades up #Yert

Thanks for your time, any last shoutouts or words to all your fans out there?

Thank you to all my fans for allowing me to live out my dreams. I have the best frans (friends & fans) in the world. #TeamLilNiqo. To my management Niq of Tyme Entertainment, #TeamWorldwideEnt & #TeamBuVision it’s our year!